There are thousands of languages in the world, so why study English? This is the multi-colored journey of a someone who's considered this question, which is perhaps something we've all considered at some point. Despite all my wandering, I keep coming back to studying English in the end... at least, until I get to traverse a new sea.

One step at a time 一歩ずつ、焦らずゆっくりいく

You grow in your sleep. 寝る子は育つ
Good things come to those who wait. 果報は寝て待て。
Sleep is the best medicine. 睡眠は最高のくすり。

To sleep on it. 一晩寝かせて考える。時間をとって考える。

One step at a time 一歩ずつ、焦らずゆっくりいく
そして、
Let me sleep on it. 一晩考えさせてね。 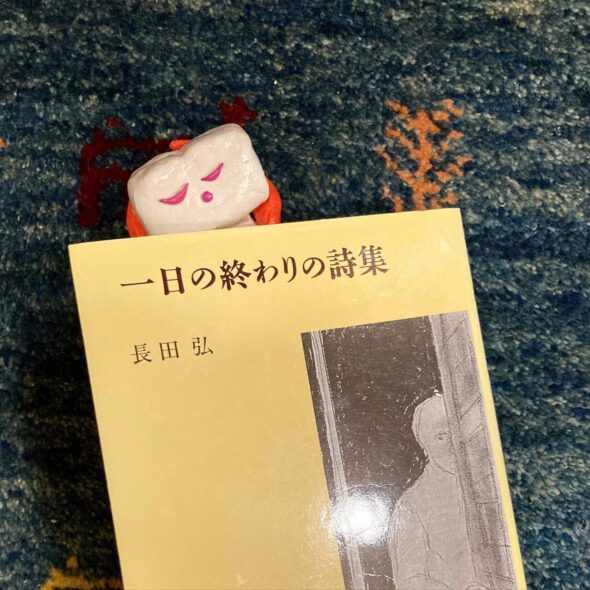 one step at a time  一歩ずつ、焦らずゆっくりいく 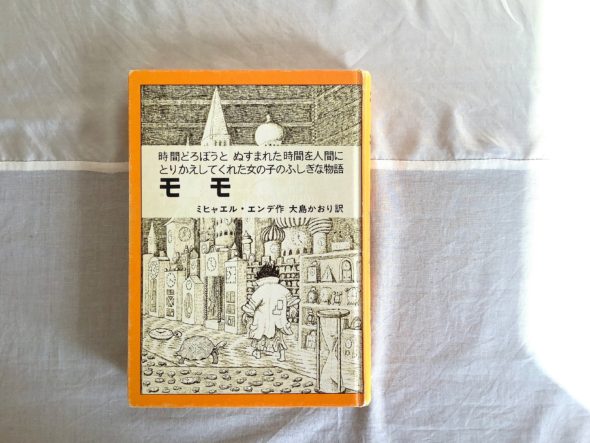 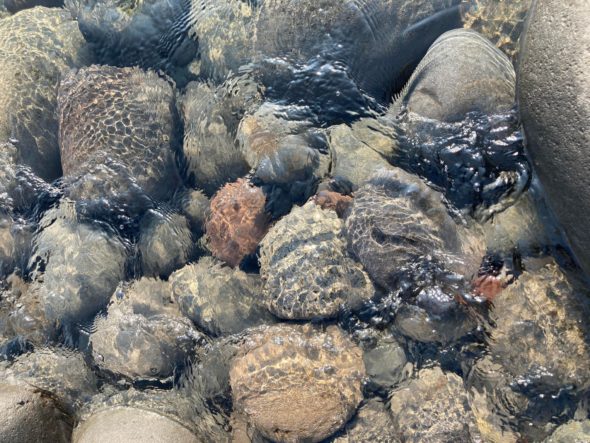 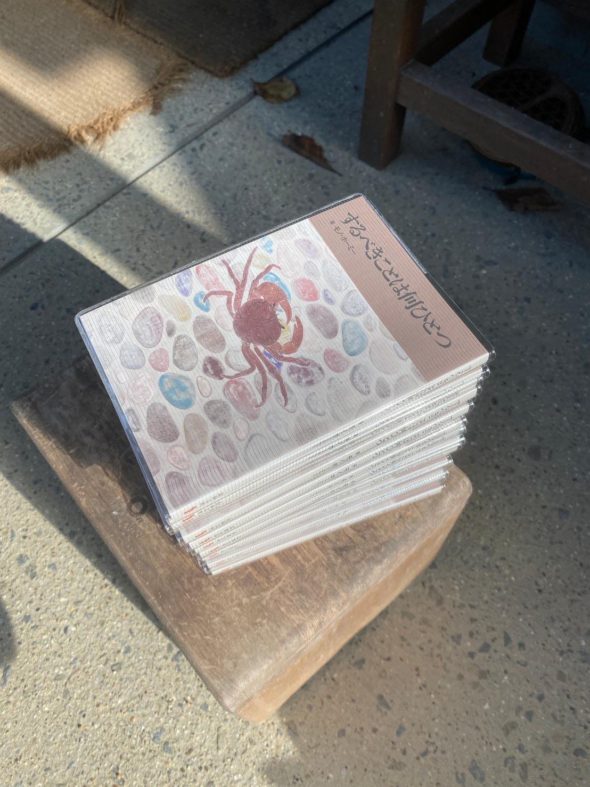 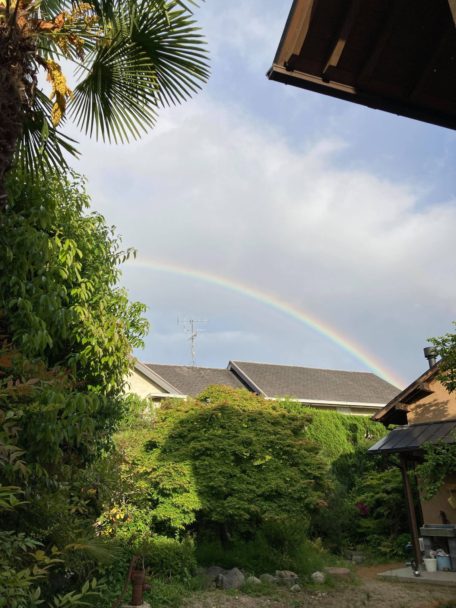 What do you value most in a friendship? 友達になるときに一番大切なのは？

What role does love and affection play in your life? 愛や愛情ってどんな意味がある？

What do you value most in a friendship?

– The most important thing about friendship is what the other person thinks  about life, education, money, food, and how to raise children.

– The most important thing about friendship is eating together and liking the same food. In my case, I love to eat fish. I can’t eat fast food because I get a stomachache, so eating good food together is important.

– The most important thing in a friendship is feeling empathy for one another. For example, I feel empathy for K already because she said she doesn’t like fast food.

What role does love and affection play in your life?

In your life, how do you experience love (feeling) and affection (actions of someone: hugging, giving compliments, making jokes)

– When his daughter made some mistakes, he told her his thoughts and then he forgave her.

– Love is important for me. I have accepted a lot of love from my parents, therefore I can give love to my children. I often say “I love you” to my children.

– I feel the same as Yoko. I don’t have any children, but I can give love to my parents, my friends, my partner and everyone. I show affection by always saying thank you. I also tell everyone when I’m feeling happy or sad. 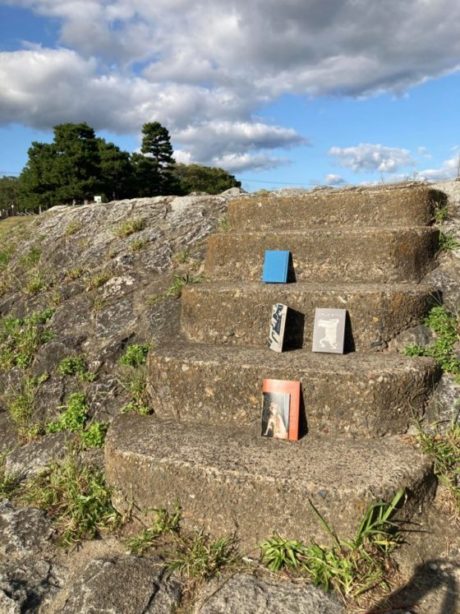 We had the second philosophy workshop in English at Ryosokuin, Kenninji-temple. The topic was ‘Let’s Talk about Freedom’. The participants, non-native English speakers, tried to listen to others, to question to understand and exchanged opinions. Some seemed frustrated because they couldn’t express clearly what they wanted to say. Some were not sure if they understood what the others said. We felt that such uneasiness and frustrations could make us concentrate more to engage in listening and talking.

From May this ‘Philosophy in English’ project will begin anew and in a new, more accessible form. 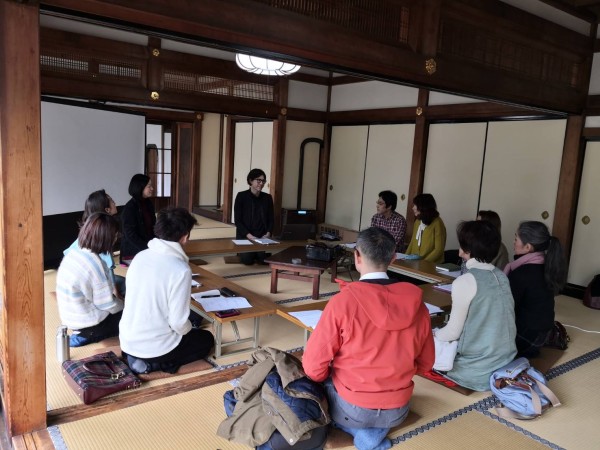 WE ARE SURE YOU WERE BORN

Students sometimes write essays on things they are interested in. This essay was written by an artist, Mayuko Morita, about the word “gene”. We can feel the sincerity in her writing, which we can also find in her lovely paintings. 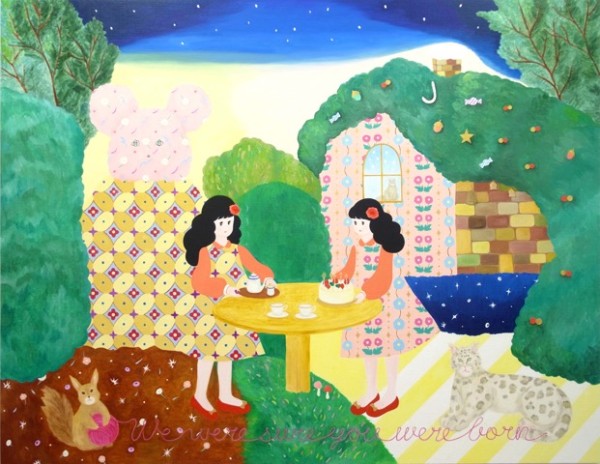 ‘We Are Sure You Were Born’

The word “gene” has been important to me lately. The word comes from the Latin “genus”, which means “birth” and “kind”. Many words originated from “genus”, such as “genius”, “generate”, “gentle”, and “hydrogen”.

I read an article about behavioral genetics. The researcher said that although 60% of intelligence is inherited from one’s parents, one’s artistic and musical senses are more influenced by the environment and one’s own efforts. Usually people think that individual effort and the environment affect intelligence and that artistic talent is innate. Many parents tend to have a lot of expectations for their kids and tell them, “Do this, do that!”, “How about this? How about that?”. I do this too. But my son has inherited my genes and the genes of my husband, so I should not put too much pressure on him. In other words, we don’t need to worry about him and we should just trust him.

How about happiness? I have heard about research into what makes people happy and healthy that has been going on since 1938 at Harvard University. The research indicates that good relationships are the most important components of health and happiness, so I would like to try to help my son have good relationships with us and his friends. 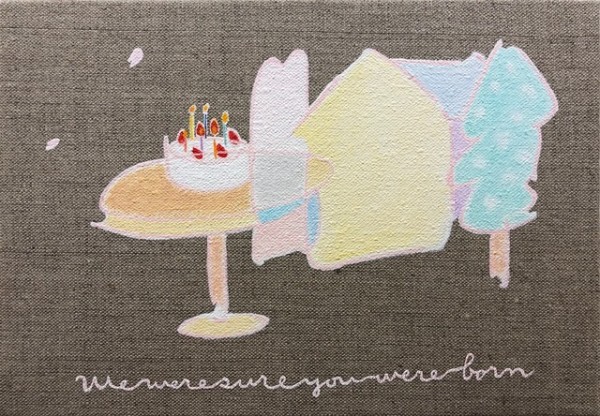 英語の本をすらすら読みたいのと、気負わなくても英語で話せるようになりたくて、英語を学んでいます。
I study English because I’d like to read books smoothly and speak without getting carried away.

‘work ethic’
the way that someone feels about the importance of work, usually the belief that it is important to work hard: Cambridge Dictionaryより引用

To be true to be myself.
To do small things with care.
I try to appreciate everything.
To be punctual.
Having a good work-life balance.
Putting myself in someone’s shoes.

To be reasonable.
Do the right thing!
Honor one’s words.

To be consistent with a spirit of dignity.
The state of having sensible and sound judgement.

Study of Beyond the Borders 海を越えるための習作  vol.1 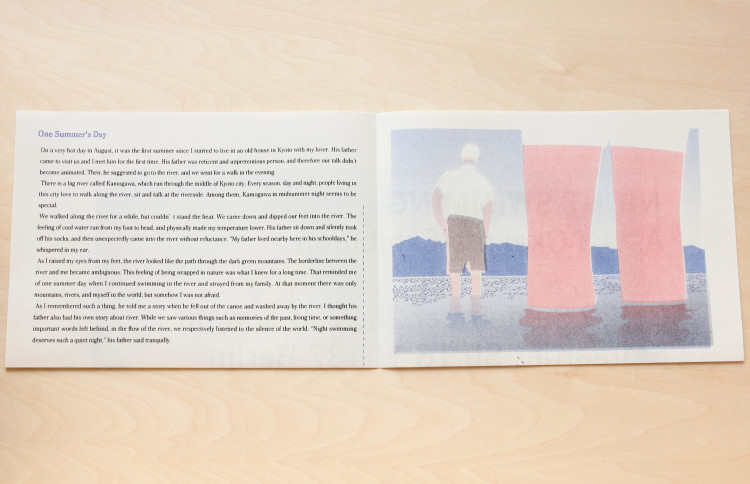 Study of Beyond the Borders 海を越えるための習作 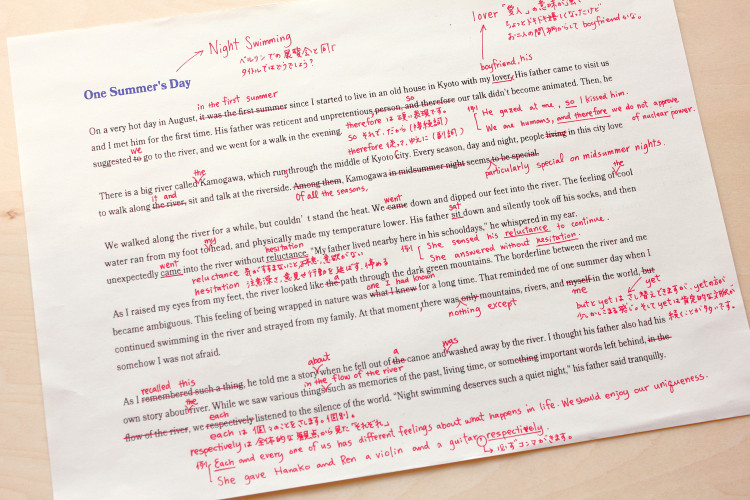 HOMEWORK vol.2 -How do you express your feelings?- 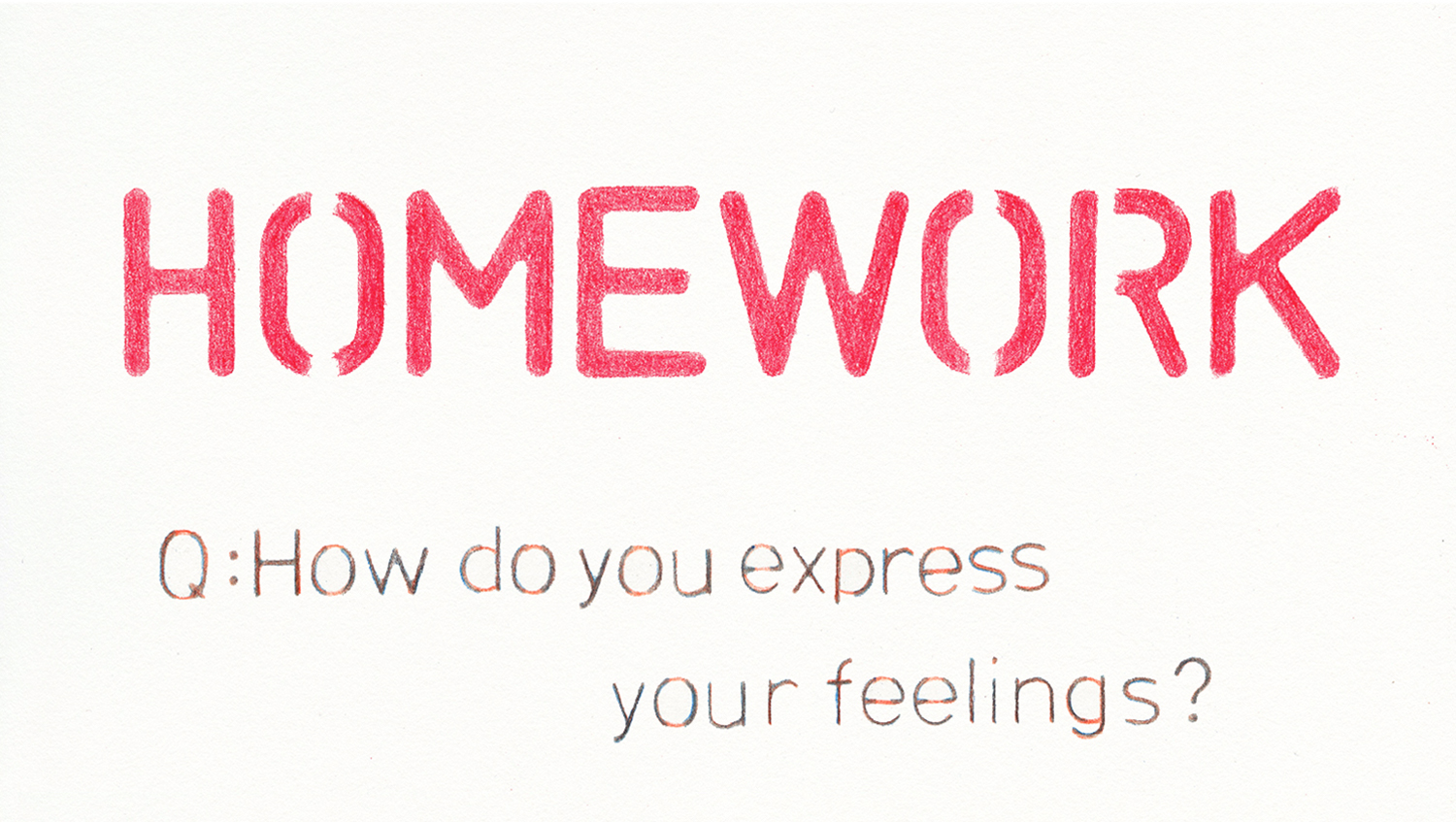 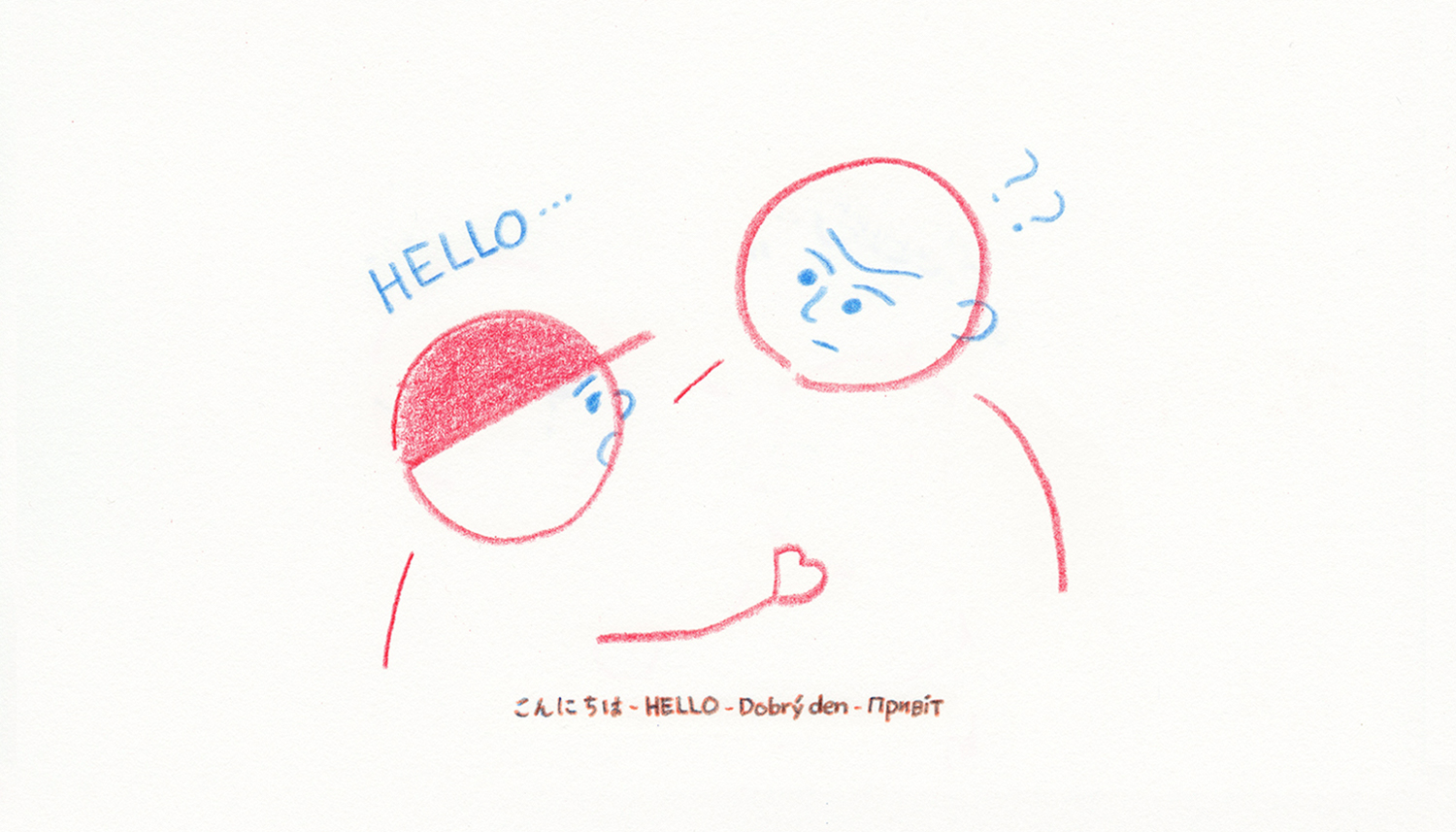 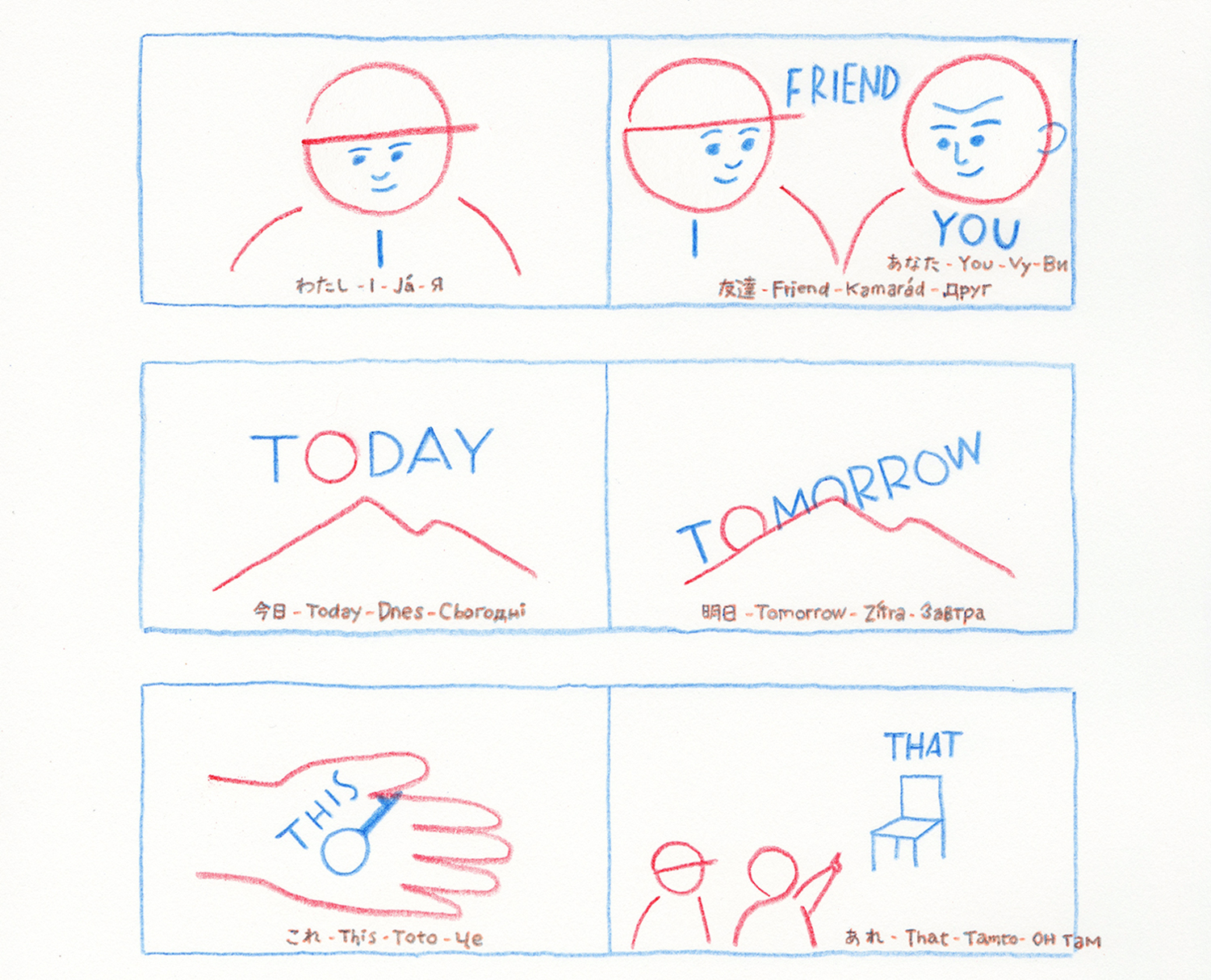 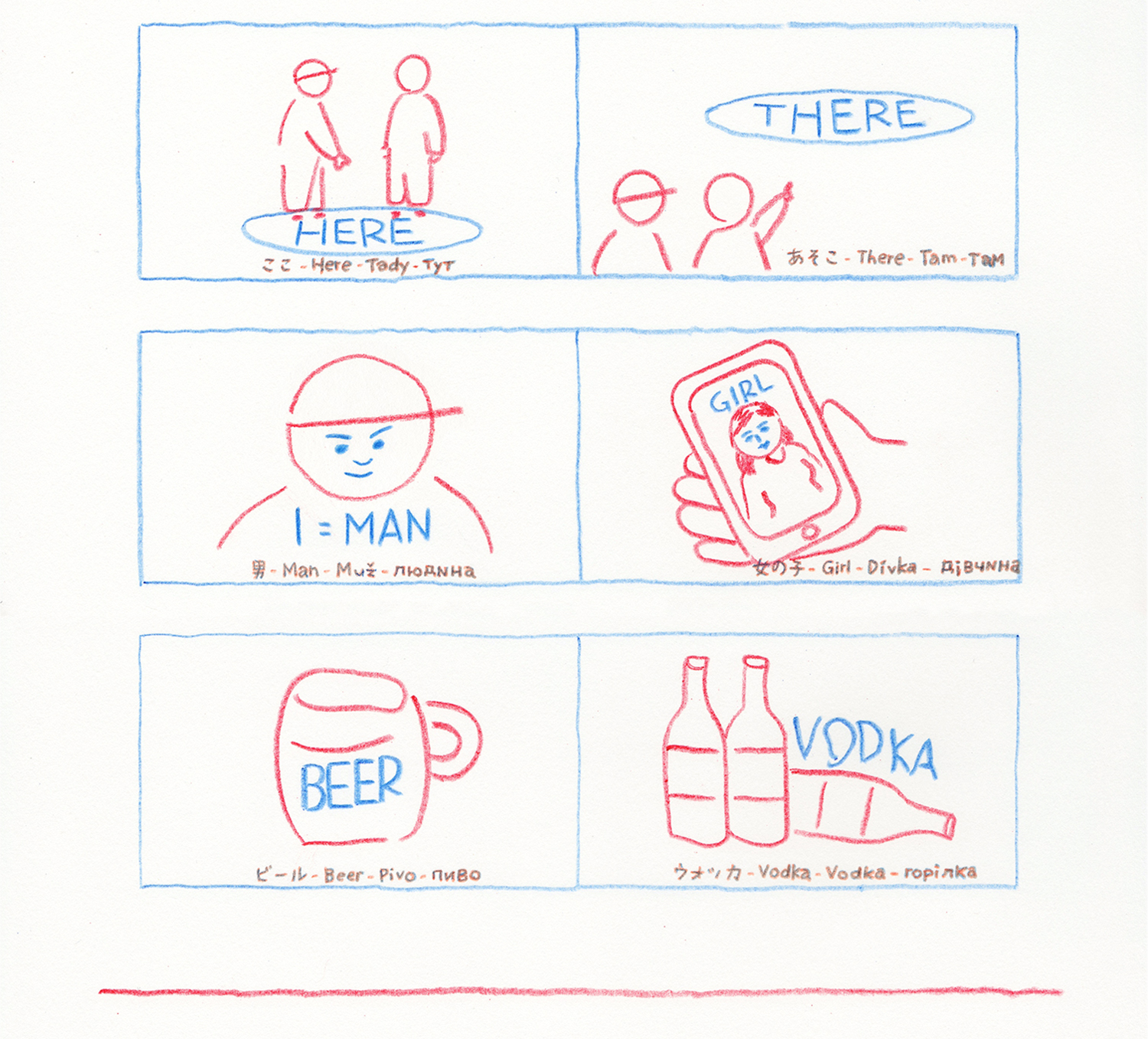 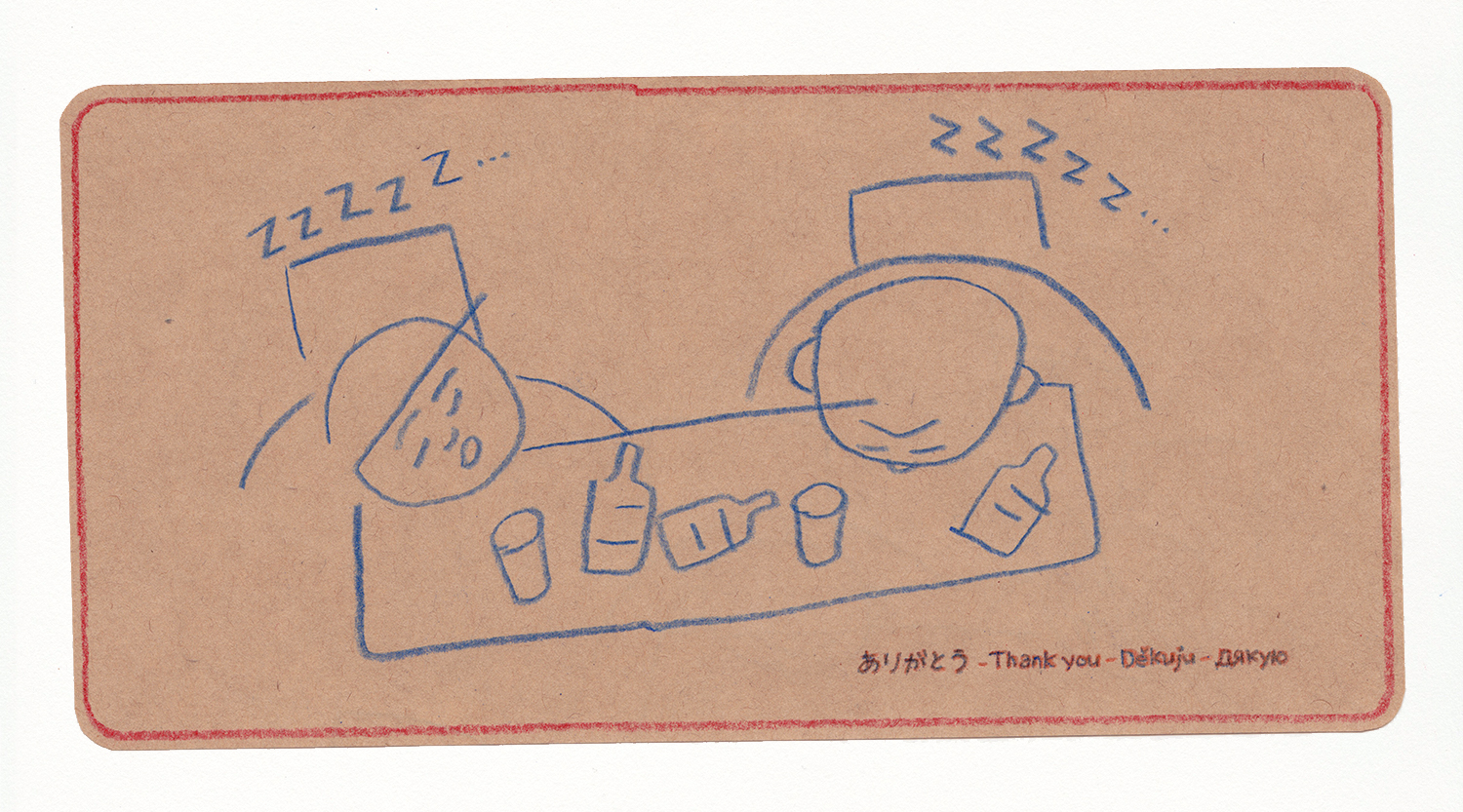 I could speak neither English nor Czech in the first three months of my visit to the Czech Republic. I still remember clearly the hard time. My job was making statuary works as an assistant of a sculptor.

In the beginning, we kept a wide berth although we had to work together and had no alternative but to communicate. In the process of art production, things made it easier to communicate with feelings. We gradually opened up to each other. In a short while we started to hang out and went to drink beer. They loved drinking beer while working. I tried to talk by looking up words in a dictionary. First I learned words like , ‘Hello’ and ‘Thanks’. Then, ‘I’ and ‘You’. And then, Today, Tomorrow, This, That, Man, Girl, name of food, alcohol, slangs… Our communication looked funny because it was too simple like a primitive man’s communication but they were essential and all important.

I remember all the good times we spent together. I was getting to be able to express my feelings and understood how they felt little by little. I didn’t feel lonely any more.

HOMEWORK -What would you like to do if you could fly?- 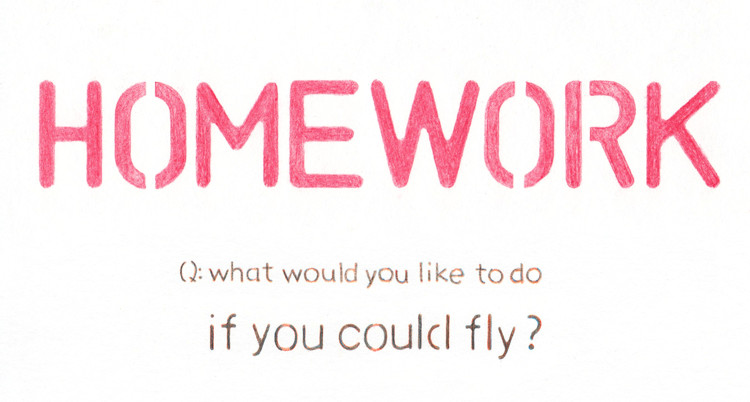 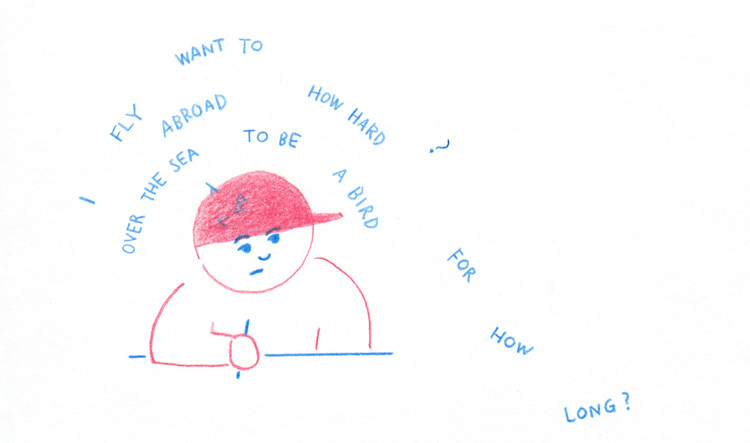 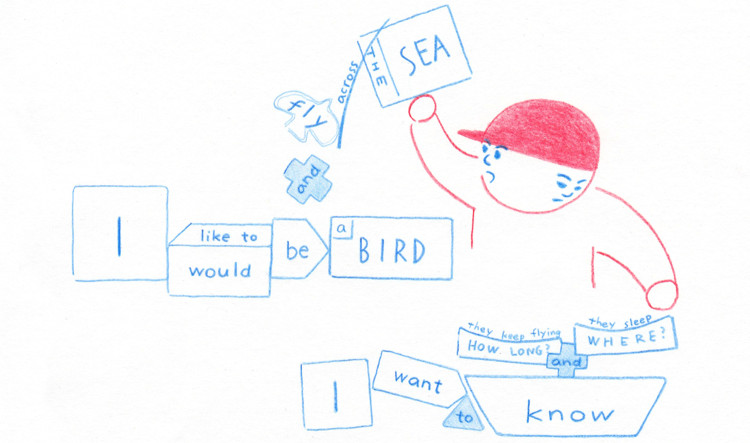 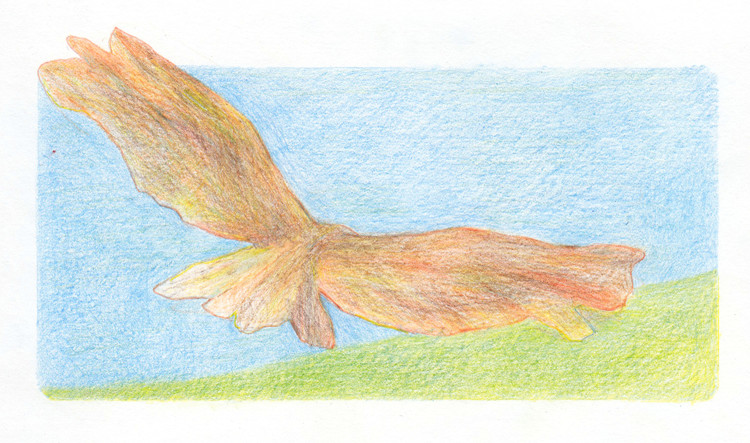 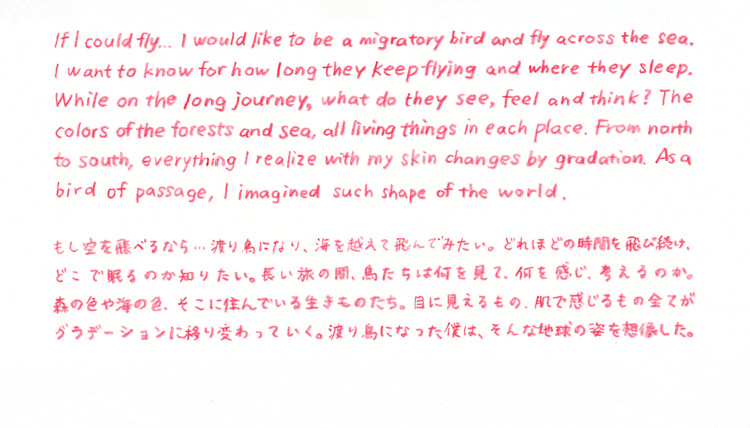 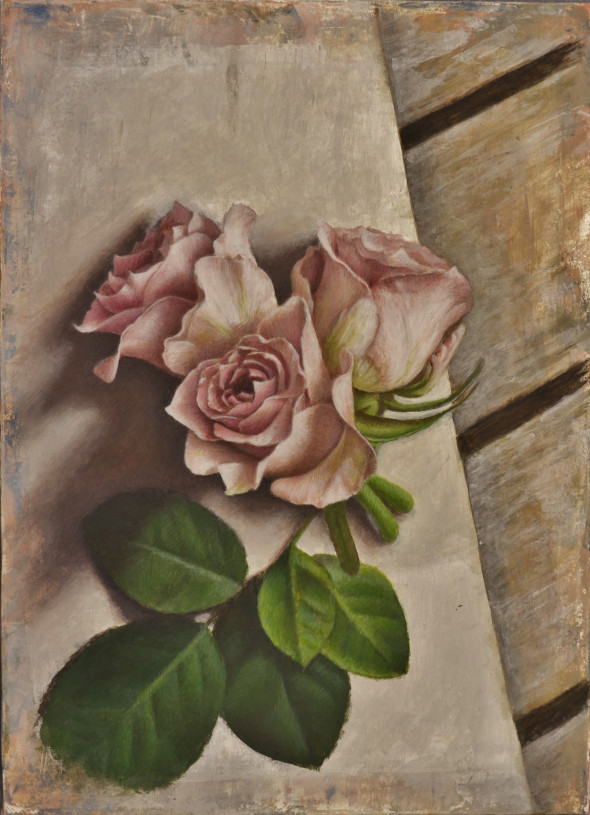 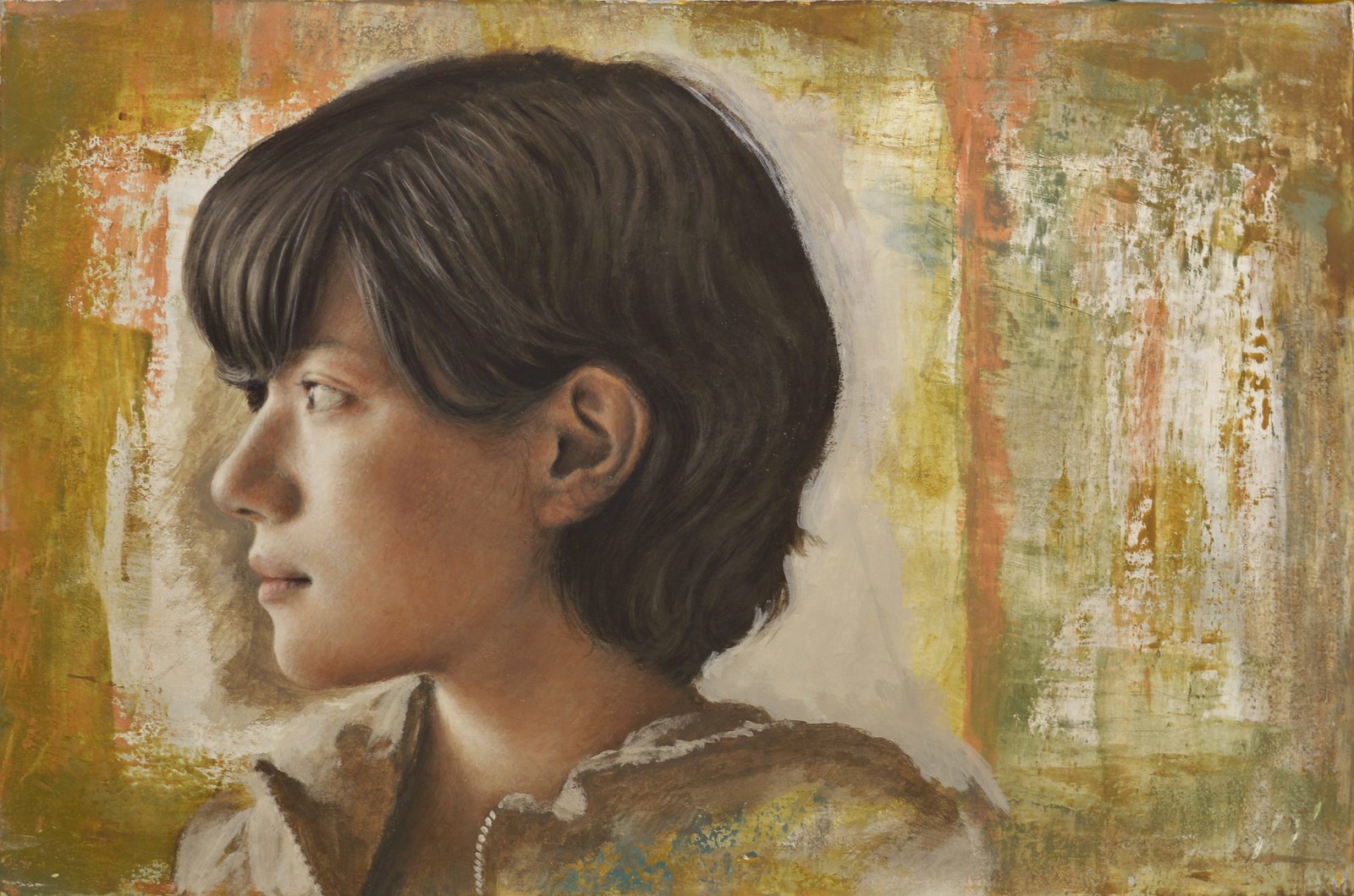 A thought on English and dying languages

When the weather conditions are right on Yonaguni, an island lining the west border of the country, Taiwan can be seen from the northwest beach. Yonaguni isn’t just close to Taiwan, the distances from it to places like the Philippines and Vietnam aren’t much different from the distance to Kumamoto. Yes, Japan is much thinner than you may think.

Five years ago, a friend of mine who lived in the center of Tokyo moved to this island because she wanted to live alongside horses. There are about 100 wild, indigenous horses called Yonaguni horses living like this on a farm on the edge of the island.

When she came back to Tokyo to visit, she said: “It’s kind of boring how all the publishing companies are in Tokyo. It might be fun if I made a publishing company on an island right on the edge of the country.” They say many a true word is spoken in jest, and sure enough, she actually published a book in March 2012. The name of her company is kadibooks, and right now, she’s in the process of preparing her second.

Five minutes from her room, there’s a cliff with a monument that reads “The hill where you can see the last sunset in Japan.” When I sat there and watched the sun set, staring far past the sea, I thought about how the sun is always rising and setting somewhere around the Earth. So then what exactly did they mean by ‘last?’

Taiwan lies on the other side. Beyond here, people don’t speak Japanese, which makes this the farthest Japanese publishing company to the west. On this island, though, there exists another language: Dunan munui. On mainland Japan, it’s seen as a type of Okinawan dialect, but UNESCO counts it as a completely different language from Japanese. There doesn’t seem to be a fine line with which to completely separate languages from dialects, but while Japanese and the Ryukyu languages correlate very closely with one another, they share less vocabulary words than English and German do.

Here’s what I found on the UNESCO Site.

There are eight minority languages in Japan:

Every language on that list aside from Ainu is a Ryukyu language, and they all use different vowels. It’s hard to get an exact count of how many people can currently speak Yonaguni, which only has 3 vowels (i/u/a), but as of 2010, the number stood at a little less than 400 people, making it a severely endangered language. Yonaguni even has its own system of picture writing known as Kaida letters, which was used up until the Meiji Period.

It’s also said that the Ryukyu languages are offshoots of the old Japanese language, since they still have words that use the ‘p’ sound that existed 7 centuries ago, such as ‘pitou’ (person) and ‘pikai’ (light in the Miyako language). Even though they all exist on the same island, the language is so different from one village to the next that people can hardly communicate with each other. 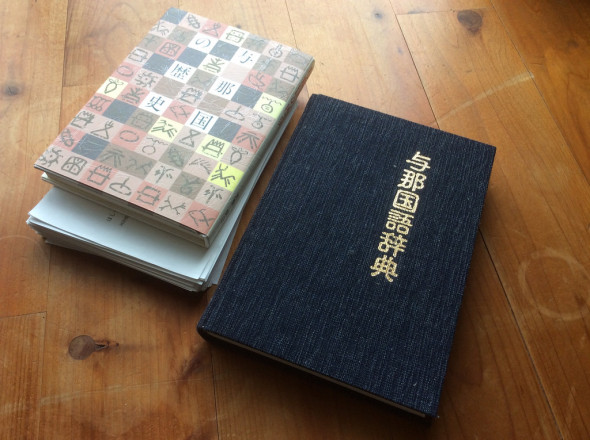 According to Y, a young singer who’s working to record the Sunkani songs of Yonakuni, there are traces of word diffusion from Yonaguni to Ryukyu, and from Japan to Ryukyu, like the waves that flow in and out from the shore. Perhaps this just means there’s more than one ‘Japanese language.’

After quitting my job, coming to the ‘edge’ of Japan, and turning 41, I didn’t just get lost, I had the ladder pulled right out from me, and completely lost sense of what is and isn’t ‘Japanese.’ Will I be able to make it to the other side? Will I be able to go on studying English?

Just like how people had to study ‘standard’ Japanese or Yonaguni history in order to survive, we’re seeing more and more people who are now studying English in order to survive. Perhaps Japanese itself is in the process of becoming a ‘local language.’

Raised in Chiba, living in Tokyo. I’m looking for a path of words that will let me wander as I please without any suffocating restrictions. I’ve helped out with the “Horse Words Notebook” published by kadibooks on Yonaguni. 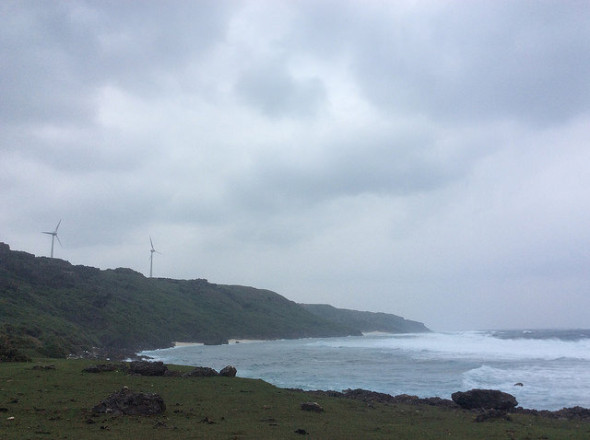 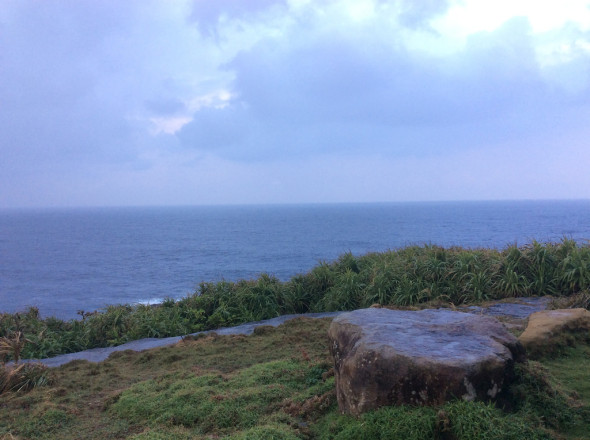 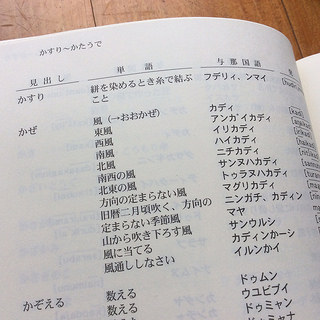